Set out from the UK in a motorhome in 1998 for a 6 month tour of Europe and returned 5 years later! Since that first trip 500,000 motorhome KM’s have been completed across 40 countries spanning 4 continents and over the last 15 years, have been pioneers in more adventurous group travel.

They were the leaders of the first UK motorhome group tour of Greece in 2006, to Turkey in 2008, the Baltic States in 2010, the Canary Islands in 2016 and Cyprus in 2022. After over 20 years of motorhome travel they remain as passionate as ever for getting their motorhome, and yours, to great places. As well as being travel consultants for Motorhome Monthly Magazine (MMM) they are successful business people, having run their own businesses for many years. 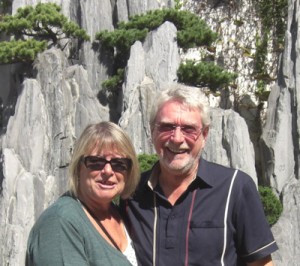 Sue & Ron have been travelling around Europe for over 35 years, and have gained vast experience of Escorting Motorhome Groups, during the last 20 years.

They have lead over 55 tours, many of which have been created and developed by themselves whilst visiting these countries, notably tours to Iceland, Croatia and Poland. Some of the other countries visited include – Belgium, Bosnia Herzegovina, Corsica, France, Germany, Holland, Ireland, Italy, Sardinia and Slovenia. For a number of years, Ron is a European Touring adviser to the Motor Caravanners’ Club 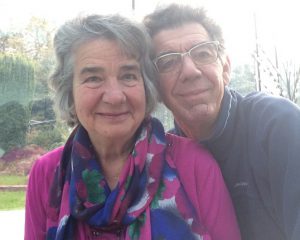 During the last 30 years have worked their way through a variety of motorhomes and travelled extensively, both independently and with groups. They love both the freedom that motorhoming brings along with the camaraderie of being part of a group. Their travels have encompassed most of mainland Europe,  Morocco and Turkey. They have also hired motorhomes and toured in New Zealand, Australia and Canada. During their working lives Liz and Dave were responsible for organising and leading tours for young people, both in the UK and Europe. Now retired from full time work they enjoy having more time to spend ‘on the road’ experiencing new adventures, cultures and cuisine. 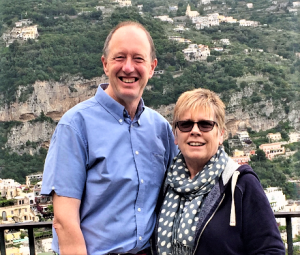 Sue and Dave bought their first Motorhome in 2005 after deciding to sell their Business in pursuit of a more rewarding and relaxed lifestyle.
They enjoy the sociability of travelling with Groups as well as exploring independently. In the intervening years, they have covered more than 175,000 kms travelling extensively throughout Europe. They have enjoyed visiting many countries including, France, Switzerland, Italy, Austria, Germany, Greece, Turkey, Holland, Luxemburg, Denmark, Sweden, Norway, Morocco, Ireland, and Scotland. They also enjoyed the experience of travelling around The National Parks of the USA in a rental R.V.
In recent years they have led a variety of Motorhome Tours within Europe, enjoying the opportunity to explore new places and Countries with like minded fellow travellers. 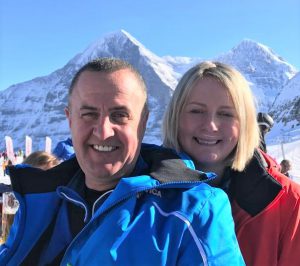 It was in 2015 when they came home with their first motorhome. Having never toured, it was always on their “to do” list.
Over the years since then they are now into their second motorhome and have toured across the UK and Europe extensively, both on their own and have also enjoyed a number of GB Motorhome Tours touring France, Switzerland, Germany, Czech Republic and Hungary.
Whilst they are both still working they are looking forward to using their organisation and business skills and leading many more tours going forward into the future. 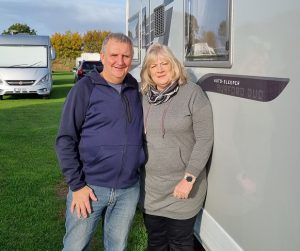 Having returned from a tour of Australia in 2008, involving 17 separate flights, they decided that they’d had enough of airports and aeroplanes. They have travelled the UK extensively on business, so decided to buy a motorhome and as tourists travelled to all corners of the UK and Eire and then ventured further into Europe.
Travelling independently and with group tours, they particularly enjoy the camaraderie of GB Motorhome Tours. They have excellent organisational and social skills having worked in hospitality for many years and running their own business.
They are now coming up to retirement and are looking forward to new ventures and making more friends on their tours.